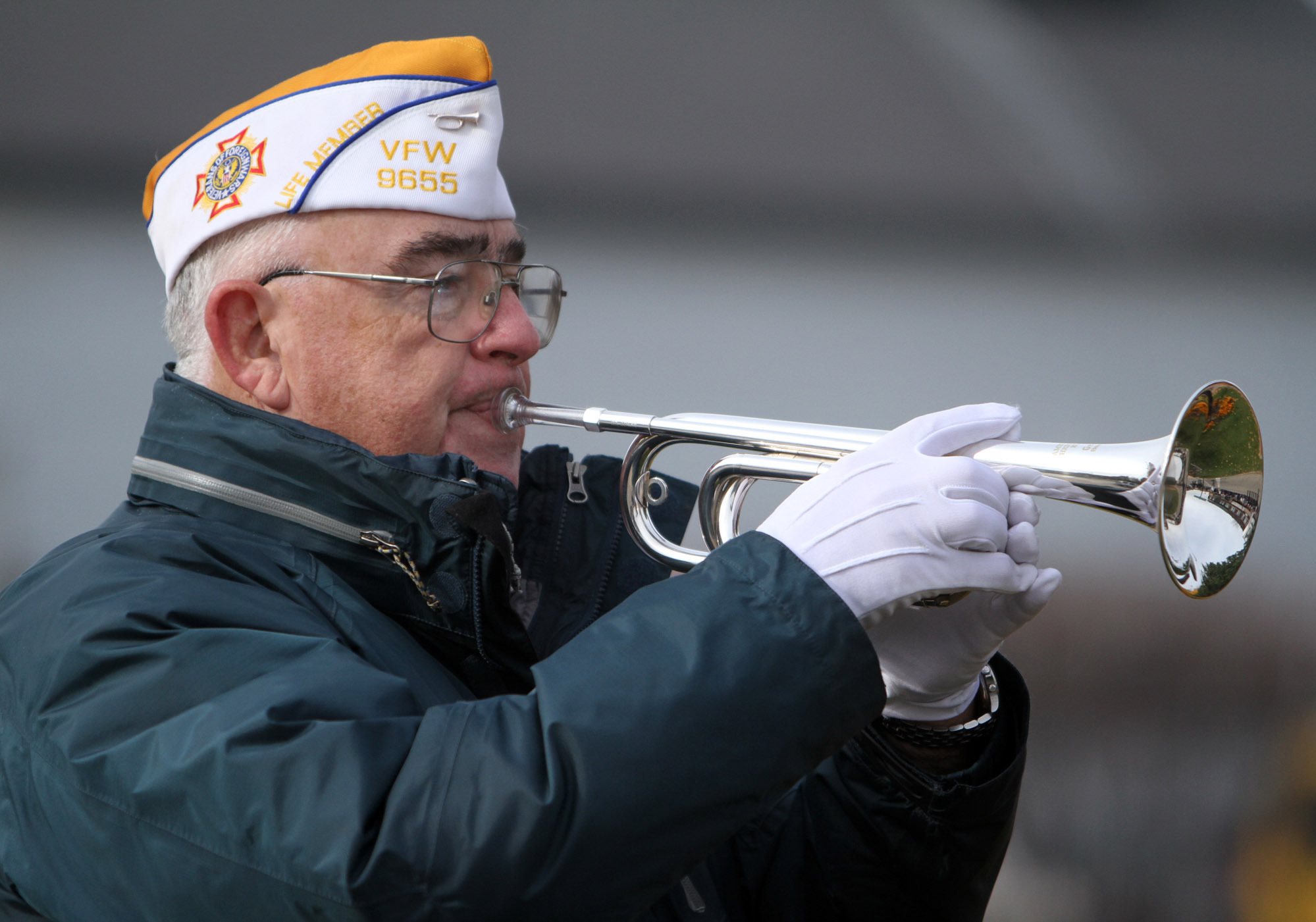 ‘We owe it to them’: Navy veteran finds new mission playing taps

By Jim Baumann (jbaumann@dailyherald.com)
This is Good News Sunday, a compilation of some of the more upbeat and inspiring stories published by the Daily Herald during the previous week:

After being laid off from his job in the electronics industry about 12 years ago, Navy veteran Jim Reynolds revisited his roots for a new sense of purpose.
Figuratively dusting off the bugle of his youth, Reynolds has been on a mission to play taps wherever and whenever he’s needed as a solemn message of mourning and thanks for military service. He hasn’t kept official track, but he estimates he’s played at more than 1,000 functions.
"The veteran has earned this honor and we owe it to them,” said Reynolds, an electronics technician who spent a year in Vietnam repairing radar, radios and other equipment used on patrol boats and other vessels. "It gives you a good feeling to know you’re helping a family through a difficult time.”
As a member of local American Legion and VFW posts, the Round Lake Park resident learned of Bugles Across America and signed up. He has spent a lot of time on the road since, often making several stops in a single day to perform the 24-note bugle call at military funerals and other events.
"I’ve done them in cemeteries, funeral homes and churches. I’ve also done them at a fish hatchery in Spring Grove and at Bill’s Pub in Mundelein,” said Reynolds, who like others in the organization is an unpaid volunteer.

Ron Hill Memorial Post 2245 is a "Homeless Post" we meet at the Grayslake Historical Society and Museum.  Therefore, we are able to do more for Veterans, Service Members and their Families